Your child has had her body violated by an abuser who is suppose to love her and keep her safe, so now she constantly feels unsafe 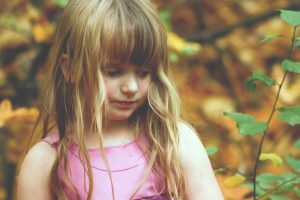 Does your child have a hard time going to bed at night? How about staying asleep?

Does your child have sudden and/or frequent outburst of anger or sadness that are not typical for them?

Does your child shut down if you try to talk to them or even soothe them?

Have you seen a complete change in your child since the abuse was discovered that has you worried?

Child sexual abuse can have huge long term effects on your child if it continues to go unaddressed. When a child experiences sexual abuse, not only is their body violated, but so is their mind. Their beliefs about others, about an adults ability to love and protect them, safely,, is eroded. Their little bodies adapt to the trauma by being more sensitive to their environments so that they can quickly act to self protect (stress response system). That’s why you may see so many changes in your child.

You might have noticed that your child is having more outburst, where they are yelling or throwing tantrums more. They might even seem to come out of the blue. But typically there is some type of trigger and your child becomes flooded in fear. This fear activates the stress response system (flight, fight, freeze) and now your child is reacting. From your perspective it can be such a small thing, such as you telling her to shower and she has a meltdown. But many children who experience sexual abuse have negative associations with shower. The fear could be tied to their nakedness, the bathroom itself (especially if the abuse happened in the bathroom), the feeling of the water on her skin-the actual sensations, and finally having poor hygiene can be self protective measure the child has learned to use to keep others away.

Sleep is also a huge issue for survivors of trauma. Your child might actively resist bed time or when they are finally asleep they wake up frequently. They are tired and more easily irritated as a result. The reason this is so common is because in order for your child (just like all of us) to fall asleep you need to feel calm. Calmness is often associated with a felt sense of safety. If you feel unsafe in your body and/or your environment you cannot relax enough to fall asleep. If the abuse happened in their bedroom or if your child is having nightmares (which is very common) then their bedrooms are no longer a safe space for them but its a place that illicit anxiety and fear.

Finally you might notice that your child is having trouble in their relationships with you, other adults, or even their peers. Your child might be incredibly stand offish and not want any hugs and kisses when before they were very affectionate. It’s also not uncommon to see the reverse where your child is more overly affectionate. These behaviors typically make you or the others who experience it very uncomfortable, especially when it’s overly affectionate-borderline seductive. With peers it’s not uncommon to see survivors who cross boundaries which could look like them showing off their body parts or asking to see their peers bodies. The theory around why child survivors do things like this is because they are trying gain some type of mastery or control over their bodies because they have been violated. It’s like their brains are running on this loop in survivor mode looking for some type of resolution or something that tells them the abuse is over.

Child sexual abuse doesn’t have to continue to haunt your child. They don’t need to continue living in fear and being hyper vigilant waiting for the next thing to happen. Healing is helping your child have have a sense of resolution. To know that the abuse is over. 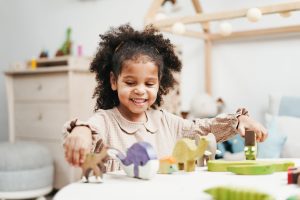 Healing from child sexual abuse includes feeling an internal sense of safety and feeling safe with you, the parent/caregiver

All of us us, including children, need to feel an internal sense of safety in order to have access to all parts of ourselves, which is part of the healing process. A felt sense of safety is an individual experience. It means different things to different people, based on their own individual physiology. But for most folks they experience this as a feeling of openness in their body, most notably in their chest. Others describe feeling a clearness in their brains and access to their thoughts. While others describe it as looseness in their legs or arms where they feel free. A Lightness where they feel like they could fly. Yes even children can describe feeling safe in their body as open, light, or just plainly “not so scared”. When we look into our brains and our bodies we can see that the felt sense of safety actually affects our physiology just like our stress response system does when we feel threatened.

When we experience a felt sense of safety a cascade of hormones are released. We know all about the big ones, serotonin and dopamine, our pleasure hormones, but what most people don’t realize is that oxytocin is also released. Oxytocin is known for many things such as bonding, feeling love, and also feelings of safety. This is why relationships are so important and also why the violation of sexual abuse is so powerfully harmful.

Helping your child feel safe in their body sounds easy enough but it’s actually a multi layered process. We start by building trust and safety in the relationship. Your child will be afraid when meeting a new adult and this fear is a normal response to having experienced trauma. We honor their ability to self protect while also creating a safe space which includes helping them feel in control and empowered in small but significant ways. Attuning to their emotional needs by normalizing and validating what they share with us. We also respect the boundaries that they’ve set up by not being intrusive. This goes for both verbal and nonverbal cues of boundary setting. We are laying down the foundation before we get into the heavy work of having your child and also you start reconnecting with the body.

Trauma is stored in our bodies. We become disconnected from our bodies because the sensations we feel are overwhelming. Our bodies do not forget the trauma but we use the top parts of our brains (the cortex) to try to push all the trauma out. We believe if we don’t think about it we can get over it. Adults do this but so do children. So does your child.

But the body remembers and moreover it’s just ready to get rid of all of that trauma energy that is trapped inside. After setting up the foundation of trust and safety with your child, we will begin to explore triggers. In every moment of every day your child (just like all of us) becomes activated in some way. It is in these present moments of activation where we slow your child down and have them start to slowing explore what’s happening inside their bodies. Do they feel tension in parts of their body? Does anything cause them discomfort inside? Is there something that is calling their attention inside? These are just some of the types of questions asked to help your child slow down and begin to listen to their bodies. They will have a reaction to this but by slowing them down we give them a chance to give their body a voice and for some of that activation to start to move through and out of their bodies.

Trauma adaptions are a reaction to an overwhelming threat happening too fast and too soon. So by slowing things down it gives your child a chance to experience how they were able to defend and protect themselves.  This is powerful because our nervous systems do not distinguish between a past trauma and a memory of a trauma. It treats the memory as if the trauma is happening in the present. They are one in the same. So by working in the moment with that activation, in a slowed down process where your child remains present and connected to their body, they actually get to experience the power of protecting and defending themselves. As we move together through the trauma and out the other side there is a sense of completion in the body. Activation-protect/defend-resolution. They now can feel a sense of safety because their bodies have recognized that the threat is over. The abuse is over.

How Trauma Presents Itself in Children? 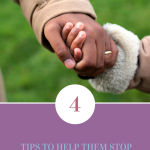 The Sexualization Of Children and How This Can Impact Your Child Sexual Abuse Survivor: 4 Tips To Help Them Stop Blaming Themselves For The Sexual Abuse They Endured 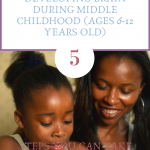 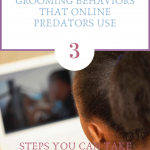 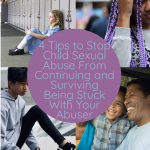 Have more questions and want to make sure its a good fit for your child and I to work together?