Do you ever wonder why you sometimes do things you don’t really want to do? Why you will say “yes” or say nothing when you really want to say “no”? Why you feel like you sometimes shut down or feel a sense of overwhelm in the presence of a man? Do you have gaps in your memory, not knowing how you got from one place to the other?

If any of the above sounds familiar to you, you might be experiencing dissociation, in these moments. Dissociation is not just a blanking out or having gaps in your memory, but there’s a behavioral component (a key and lesser known symptom) that goes a long with it, that can make you feel powerless. This behavior (symptom) is known as over-compliance. 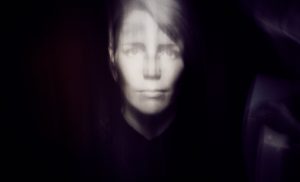 The Freeze Response of the Stress Response System

The freeze response is one of the 3 adaptive survival responses (the flight, fight, freeze response of the Stress Response System) that a person under threat can experience when faced with an overwhelming threat. Triggered by the emotion of fear (or anything in its category) the brain releases a set of hormones, which then cause a person to behave in certain ways as a response to said threat. This response occurs on a largely unconscious basis, as the lower, more primitive parts of the brain kick in, while the frontal cortex (the awareness part) is cut off (at least momentarily). This is a survival instinct which is deployed, again, based on the emotional state of fear. More important the triggers that activate this response are based on past experiences you have had and the connections that were made as a result (think A+B=C). The more times in a persons life that the system has had to deploy, especially if there was little to no resolution (complex trauma), the more sensitive the activation system becomes.

Dissociation is the natural extension to chronic deployment of the Stress Response System and the use of the freeze response as a survival adaptation. I, and others in the field of trauma and neuroscience, like to talk about survival adaptations because it helps the survivor understand that what is happening in the moment is a normal response to threats. Moreover, it’s just as important for you to know that over time, with chronic deployment, these responses become more engrained. As a result, many survivors feel out of control or like these responses are “just part of my personality” when in fact, neither of these things are necessarily true.  It’s more or less a learned behavior in response to overwhelming threat, which means that you can unlearn and untie some of those past learned responses which no longer serve their purpose. This is the empowering part of the healing process.

Overly compliant behaviors are a common part of dissociation, that often have their roots in early childhood experiences of trauma. It’s related to the freeze response of the Stress Response System and is often activated when you’re faced with an overwhelming threat that you cannot mobilize yourself to escape from (fight or flight). This response is the most common response in children, who by their very nature, are typically unable to use mobilizing defenses to escape from threat. Therefore, when the Stress Response System is activated in instances of physical, sexual, and/or emotional abuse the brain sends signals that release a set of hormones (most notably endorphins) that essentially brace your body for being harmed, by dulling out the physical pain, while also allowing for mental escape through disconnection. The result is a detachment or a disconnection from the body and mind. This mechanism allows for the person to survive the attack while essentially not feeling the enormity of the physical and emotional pain of the event. Over time these repeated deployments of the freeze response, your brain begins to make associations and connections between threats and the best outcome for survival, freeze and Dissociation. This experience can leave a person feeling trapped or frozen in place, as all systems go offline, leading to overly compliant behaviors. A true disconnect between body and mind. 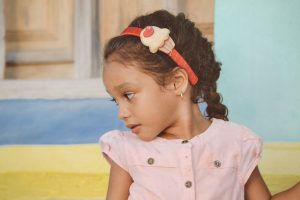 As with most trauma reactions that begin in early childhood, when left untreated and unhealed, the responses become more engrained and continue on into adulthood. When as a child you learned that the best way to cope with overwhelming threat is to freeze and numb out, any time  you encounter something that sets off alarm bells for a similar threat, your body reacts automatically by turning on the freeze response. As you remain frozen you become detached and disconnected, mind from body. Many survivors report that they are watching what’s happening to their body while not actually experiencing the different sensations that are occurring. When you are being overly compliant and going along with what others are saying or encouraging you to do, without feeling connected to the decision making process or your body, you are actually acting in your freeze response. Basically you are not in control of what your body is actually doing, and not only can this make you feel powerless but you also feel shame and guilt. As a result, may survivors who dissociate, report low self-esteem and self worth.

The overly compliant behaviors begin in childhood but often go unnoticed because most adults prefer children to be compliant. For many children who have experienced trauma their systems are so sensitive and hyper aware of threats, that they have a lot of anxiety, that manifests itself in noticeable ways. These children are often labeled with ADHD, Bipolar Disorder, Anxiety, Depression, Oppositional Defiant Disorder etc etc. What you’re seeing in these examples are children who’s primary method for coping is through the use of mobilizing defenses (fight or flight). When they are triggered their bodies become defensive and ready to move.

But for many other children you get dissociation and over-compliance, a body that is unable to move.  These behaviors often get over looked, because they are not being disruptive in class or standing out in any noticeable way. When they are triggered their bodies become from and their minds wander. They numb out and disconnect from reality, bracing themselves from harm they cannot escape from. As a result, their trauma may not even be noticed or even if you know the child has experienced trauma, the adult may not even recognize that the overly compliant behaviors are actually a defensive response to trauma and it never gets acknowledged and therefore it’s left untreated. This leads to a higher chance of further revictimization by those who seek to harm.

By paying attention to the quiet, “good”, “sweet”, compliant child who experienced trauma and helping them to identify their triggers for when they dissociate and subsequently how they can cope in better ways, you are helping them heal. This healing will teach them how to have better boundaries, how to protect themselves and keep themselves safe, and how to better attune to their bodies. The result is higher self esteem and self worth.

#1 Overly compliant behaviors. This can look like not standing up for yourself when faced with someone who is not treating you right. In children or in others noticing a glazed look come over the person’s eyes. Stiff or robotic movements are also tell tale signs that a person is dissociating. It can also look like being approached by a man that you don’t know, who is making sexual advances towards you, and you going along with it despite your misgivings. Now I’m not talking about a conscious decision, in which you are attracted to the person and this is something you want to do, but rather either:

A) feeling compelled to act and not know why

C) literally feeling frozen or stuck. Followed by feeling your body moving along with the person any way, without cognitively deciding to do so

#2 Shutting down. When faced with a trigger you might shut down and not respond. This can lead to avoidant behaviors as you seek to alleviate your fears and discomfort. You also numb out and disconnect mind from body. The numbing can feel like emotional numbing but also physical numbing where you cannot feel parts of your body (or no part of your body) in those particular moments.

#3 Memory loss or Gaps in your memory. If you find yourself looking back on your childhood and not having memories from childhood this is a huge flag that you might have been experiencing dissociation during childhood. Likewise if you continue to have gaps in your memory, especially if it’s something recent you may be dislocating quite regularly.

Dissociation is a powerful response to trauma that is the freeze response doing it’s job to keep you safe. It’s the most common method of coping in children and it makes sense that when left unchecked or untreated that it continues into adulthood now causing you distress. You can learn how to manage your stressors and to identify triggers which set off this response, so that you can then learn better methods of coping. In part 2 of this blog I will be discussing techniques you can use to learn how to cope with dissociation.  So stay tuned.

If you or someone you know has experienced childhood sexual abuse or other complex traumas and your wanting to heal don’t hesitate to contact me and schedule a 90 minute comprehensive assessment to get started. Healing is possible and you don’t have to be haunted by your past traumas.

These are just a few strategies, tips, and recommendations! I hope you found this post helpful! I’d love to hear from you in the comment section!

Ready to get started now, schedule your intake here

Hi I'm Jessica and I am passionate about empowering survivors to find peace, happiness, and success in life. I specialize in treating trauma using the mind body connection and helping expats who are having a hard time adjusting to life in their new countries.