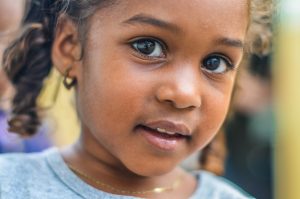 This blog post will be controversial and that’s ok…Sometimes for the power of healing, one needs to take a controversial stand. It may also be triggering, especially if you experienced any form of corporal punishment as a form of discipline while growing up.

So here is the controversial statement: Spanking is just wrong. Spanking doesn’t help your child learn anything but to be afraid of you. Spanking your child does not teach your child to follow rules any better than a child who does not get spanked. Spanking, beating (not in the physical abuse sense but many parents use the phrase “I’m going to beat your butt”), wupping, whipping, etc are all the same things, it doesn’t matter the words you use the impact and ramifications are the same.

I’ll be honest, I had a hard time with this blog. Not based on my beliefs but because its a touchy topic. Many of us experience spankings as children and we faired out nicely. I was lucky (if one can be lucky getting spanked) only being spanked on three different occasions. Even though I did something terrible, I don’t think I “deserved” to be spanked. I don’t think any child “deserves to be spanked”. After the temporary pain of the spanking I didn’t think “I should not do that again because that spanking hurt” but I do remember my mother withdrawing her pride from me during those instances and that felt awful. As an attachment therapist I can attest to the power of relationship.

Being a parent is such a beautiful and precious thing. You are responsible for moving a fully dependent small baby to an adult who is fully functioning in life and will someday have their own family (in whatever constellation that looks like for them). Children are tough. Despite the first five years being the biggest burst of brain development (until they reach adolescence when it balloons again) you will find that your constantly telling your child the same thing over and over again. It’s annoying to repeat oneself, but one day your child will get it. They will internalize the messages you taught them during those early years and use it as a template for all relationships and interactions throughout their life. The choices they make and way they feel about themselves is markedly impacted by these early messages. So yes spanking is wrong. You are physically and often times emotionally hurting your child. What your inherently doing is using aggression change your child’s behavior.

Although many of us faired fine or ok, there are those individuals who didn’t. They look back on instances of their parents hurting them with sadness, anger, confusion and disgust. They are in abusive relationships that they cognitively know are not healthy for them and yet their a comfort level in these relationships is part of what keeps them stuck.

I’ve never met or seen a parent hit their child when they are calm. In fact most people reserve spankings for the most severe of infractions which usually means they are at their wits end and parents feel like they’ve exhausted other resources. Many try to talk or reason with their children but without getting a response they resort to spanking. Since spanking is most likely to curb the undesired behavior in that moment, parents feel it’s effective. But when it comes to the complexity of human development you need to look at the long game. What message are you passing down to your child when you spank them because you don’t like their behavior? As they grow up and interact with others how will they get their message to them across?

I have a story to illustrate my point. So about a month ago I was babysitting two boys, 1 and then 7. We went to the Gymboree where the boys could bounce in the balls, swing and jump off everything with maths below to protect them. There were two other boys there, ages ~5/6 and ~8/9, and no parent. The 5/6 y/o boy was incredibly aggressive. There parents were no where in sight and this boy attempted to knock down my 1 year old repeatedly. When I told him to stop he went to hit me. He then went about terrorizes my 7 y/o as well as this child’s own brother. He was out of control, the brother at times hit him back. At some point the dad came in and sat down.The boys sat down next to their dad and seemed calm. That last about 5 minutes until they got up and started running around again. At some point the boys began to tussle, dad is sitting right there on his phone, not breaking it up. So the oldest wins the first battle and the little one saunters off and goes outside in defeat. Within a minute he came running up behind his big brother again and just hit him in the head, causing the oldest boy to cry. The dad pulls the youngest child’s hairs and gives him a whack in the head before releasing him hard so he falls to the ground. The oldest is still crying and the father doesn’t go to console him. The oldest then goes to his brother who is still laying down (and who is not crying but mad and has just kicked a mat) and he gets a hold of him, has him in a head lock, pulls his hair with the other hand, and then he starts whacking him in the face. Dad stands there watching and when he finally intervenes he attends to the oldest by holding his hand and looking at him as if he is hurt (not the child who just got hit all in the face by this same brother).

So this is not an example of spanking but rather an example of how children model the behaviors of their parent and other’s around them (just say a curse word in front of a toddler and see how fast they begin to use it). These boys had no capacity to regulate themselves and only used physical aggression to get their message across. Even though the dad did not kick the child hard its the message behind it. The fact that he pulled his younger sons ear and hair and then the oldest child did the same thing to the younger brother without intervention illustrates my point and gives me concern.

As frustrating and annoying as these children were to me and my boys, I also felt sorry for them. As my mentor Dr. Joy Degruy says regarding transgenrational trauma in her book Post Traumatic Slave Syndrome “…theres poison in the cookies. If mama is broken then where does that leave you?” Many of our behaviors serve as adaptive functions to help us survive but outside of those instances these behaviors actually create more problems and stunt growth. The father was broken in this instance, perhaps not knowing any other way to discipline his children. The result is that he has two aggressive children. 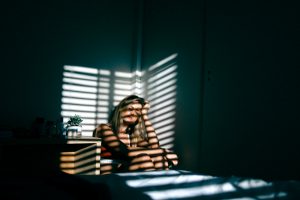 For survivors out there, you did not deserve to be spanked. Your parents did the best that they could with the information they had at the time in conjunction with their own childhood experiences. If your finding that your still suffering hurt and pain and maybe your even finding it hard to forgive one or both of your parents for spanking you, just know there is help out there to move past these experiences. Breaking the hold they have on your life.

Yes spanking has been around for ages but we have so many other tools now as parents that we can use. We have to have the patience to keep delivering messages to our children which allows them to learn how to cope with their feelings and their impulses developmentally appropriate ways. Remembering your playing the long game with your child. Don’t allow your temporary feelings of anger and frustration override your sense of control and patience when handing down discipline, aimed at molding and teaching, your child.

I hope you found this post helpful! I’d love to hear from you in the comment section!

Trauma can have lasting impacts that can last a lifetime if those wounds go unhealed. It may seem easier to try to forget what happened and believe that it doesn’t impact us until this very day. But there comes a point in time when we realize our unhealthy patterns, our attraction to unhealthy people, low self worth, and trouble standing up for ourselves are related to that unhealed trauma from our childhood. So rather than trying to push it down down down and letting it sprout up when you least expect it, why not take your first step in your healing journey and begin therapy.