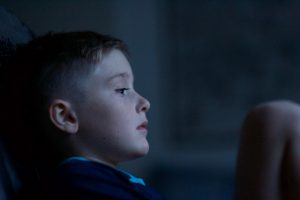 Children who have been sexually abused are typically abused by someone they know. Whether it’s a parent, grandparent, babysitter, family friend or someone else close to the family, this type of trauma has the potential to cause lasting damage. This is because trauma, such as sexual abuse rewires the brain, making those critical functions associated with the activation of the stress response system stronger due to their repeated deployments. On the other hand the functions that are not as critical for self protection or survival are not used as much or are used sporadically, which makes them not as strong. Not only are the functions related to the stress response system being impacted but so is the attachment relationship, as the person violating the child is someone the child trusts. The systems involved with developing secure attachment, which is linked to the reward center of the brain, develop in relation to that of the stress response system. This is discussed more in part one of this series, so click here to refresh your memory.

The development of the brain during the 5-12 years is slower than in the first 5 years. During this large time span of development the major job of the brain is synaptic pruning. Synaptic pruning is the process by which the brain gets rid of what it doesn’t need while refining those that are used more frequently. Frontal lobe development predominates during this time period which means your child’s ability to think more abstractly, to manage their emotions better, to reign in their impulses, use language, share and connect with others is greatly enhanced. You see this as you witness your child use their words nearly to express their ideas, to problem solve, and to express empathy with others.

Also during this time your child’s world is expanding greatly. Now they are spending more time at school which is often larger than their preschools. They also have more of an opportunity to interact with more adults, older, and even younger children. Their ability to adapt to their different environments is also more evident and a skill that even we adults use. How we behave at home is different than how we behave at work, and children operate in much the same way.

Along with the cognitive increase in development during this time period we have the growth of socio-emotional development. Children during this time use their early life associations and relational templates as guides as they pick their friends, decide which teachers they like and don’t like, and even learn more about their own interests and desires (hobbies). They use and integrate so much information and build an internal construction of who they are as people. That is the beliefs about who they are as individuals, both the positive and the negative.

So when a child is sexually abused during this time period, their experience of this trauma is different than that of a toddler and even an adolescent or an adult. With their increased cognitive abilities they often take on more of the blame of what happened. Moreover shame and guilt predominate as they have more of an understanding about cause and effect and they still think relatively concretely about things. They understand that the sexual abuse that has occurred was wrong (they did not like it, want it, or even understand fully what was happening) but yet they might still have positive feelings towards their abuser or their body might have responded to the physical acts (which is a more common experience for survivors of sexual abuse), which make it all the more confusing.

Abusers manipulate children before, during, and after the abuse. They utilize grooming techniques to bring the child in, to break them down, and coerce them into staying silent. Children during this stage don’t fully understand the impacts of grooming and manipulation but instead feel like they didn’t make it stop (somehow) they deserved or wanted the abuse to happen. Part of healing is helping the child understand, and believe, how it’s truly not their fault. 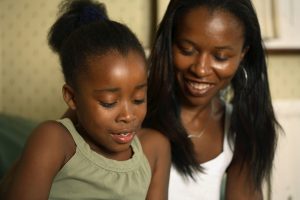 5 Steps to Helping Your Child Heal From Sexual Abuse

A child who was sexually abused during this time period has some of the same needs as anyone else who is trying to heal from sexual abuse. It’s important that your child receives the support they need to heal so that they don’t have to carry their pain into adulthood. So here are 5 steps you can take to support your child in their healing journey.

Child sexual abuse is a huge problem that really needs to be discussed more. Not only so we are aware of how pervasive it is and how we can protect our children but also so we can help survivors not feel so alone. To help them understand why they behave the way they do and what they can do to change this.

In the final couple blogs I’m going to dive deep into child sexual abuse and how it impacts adolescence and then adulthood, so stay tuned. My hope  with this series is to help you not only see the signs of abuse but also recognize the subtle ways that a survivor behaves as a result. In the end I want to help normalize the survivors experience while also giving them tools to help change their behaviors and heal so they can feel more control and in love with themselves.