My Mission and Values: Hope, Happiness, and Helpfulness. I have hope that healing and recovery for child sexual abuse and other trauma survivors is possible. I believe that everyone can experience true happiness and contentment in their lives, in a way that feels right for them and their families. Finally, I believe in the spirit of community, which is seen through being helpful and supportive of others. 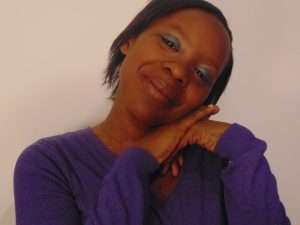 “Who is this young woman who thinks she can help me or my child? You look like a teenager, how old are you?”

I'm a licensed Marriage and Family Therapist. As Your ally, I will help you feel more whole, by learning to truly care for, nurture and love all parts of yourself. When you were younger you experienced a lot of pain. Pain from sexual abuse, from parents who were not supportive, and from feeling like you didn't belong. As an adult you have poured yourself into work and maybe even family, in order to erase that pain inside, yet something is still missing. You struggle with self worth and your identity. You are still plagued by nightmares and flashbacks which make you feel anxious and insecure. You want to connect better with others but don't know how. You're constantly being let down. Therapy with me is a collaborative effort in which we bring you from a place of pain, heartache, and loneliness to a place of wholeness, happiness, connection and a lot less pain. 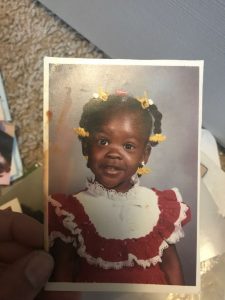 I grew up in the San Francisco bay area back in the early 80’s and 90’s, to a wonderful, loving, hardworking, and sometimes exhausting (meaning she made me feel exhausted) single mother. I have an older brother, he’s 9 years older than me, so he kind of filled in that role of father figure. I remember him helping me with long division (do they even teach this still?) and evidently he also taught me how to read (according to my mom) when I was 3.  I also have two younger adopted siblings, who I co-parented with my mom, starting when I was 19.

As a kid I loved playing basketball and doing gymnastics. My best friend and I (still friends to this day) would play basketball at the playground until sundown and since we both came from single parent homes we would catch the bus home after school together. For some time she lived right across the street from me, then later I moved and we were only a couple blocks away.

When I was 11 years year old I discovered the radio show Loveline, with Dr. Drew and Adam Carolla (both of who're still in the media). I would listen to this show every night as I went to bed, Sunday-Thursday, and loved it. People would call and have all kinds of questions about relationships and sex. Almost nightly someone would call with a particular problem and Dr. Drew would ask this question (or some variation of this question), “what happened when you were younger?” Inevitably the person would have a trauma background, usually sexual abuse, and Dr. Drew would go about explaining the connection between the current problem and that past abuse and I was fascinated. This is what lead me to falling in love with psychology and human behavior. I knew I had to help trauma survivors heal so they could live better lives.

At 16 my newborn baby cousin came to live with us for almost  year due to her parents drug abuse. I loved that little girl like she was my own and it was amazing that she was such an easy baby. When she had to go back to her parents I was devastated. Then they disappeared for what seemed like eternity and I felt such a hole in my little teenage heart. Then one day, while I was on work, I saw her. It had been 2 years and it was random. Right there at the BART station I saw her. I called my mom, she made some phone calls and we were able to connect with her parents. She came for a visit and we saw the state she was in, and we were heartbroken.

Now here is the thing I didn’t really understand the impact of trauma at that moment, it was only my first year of college, but looking back on it now as a professional I am in shock. Now this is her story so I wont go into details.  Just know that my mother, by the time she was 3 and her brother was almost 2, had adopted them.

We became a parenting team at that point and it was incredibly hard. The feedings, the discipline, the early wake up calls, the worry, the confusion, and the joy of having them in our lives.

As I continued my studies and working in various nonprofits I saw the impacts of trauma. Working with little kids who were sexually abused when they were even younger meant that the kids often acted out on each other sexually at the group home if we weren’t vigilant. There were teen girls who not only experienced sexual abuse but they also experienced emotional and physical abuse within their family system (complex trauma, c-PTSD) and now they were in the  group home suffering badly from depression. They didn’t shower for days, couldn’t get out of bed, often cut themselves, and they would engage in inappropriate sexual relationships easily becoming connected to any boy (from school) or girl (within their cottage) who gave them a little bit of attention.  This broke my heart as the one taking care of the girls (not as a therapist but more like a caretaker).

During my 20’s I studied Psychology at San Francisco State University, where I got my BA, and then finally at Chapman University where I got my masters degree. During this time I worked in group homes for disabled children who also had an abuse history, teen mothers who were on probation, and places where kids whose behaviors were so unmanageable they couldn’t live in foster homes or group homes. There is actually a level system for group homes in California with 14 being the highest and that’s where I worked, for years.  When these kids were triggered, usually something happening interpersonally, they would fight the adults or other children or they would run away. Sometimes they would be immobile. What I was witnessing was the flight-fight-freeze response. 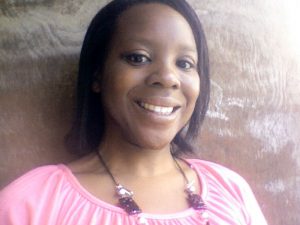 Even though I don’t currently work with behaviors this severe in my private practice I often still think about those kids who are now adults and their struggles. I have even worked with parents who had this type of past and I can see how it still affects them to this day. This is the legacy of trauma. The reason why I am so passionate about healing is because I can see how bad things can be for people whose trauma goes untreated or is incorrectly treated. It’s not about this therapy modality or that one, but it's about a combination of relational repair, helping to discharge trauma trapped in the body using a variety of movement based exercises, and changing negative thoughts and beliefs about ones self.

It’s also why I’m a proponent of building a circle of support for survivors. For the people who were able to find happiness and relief after their early trauma this was largely because they had people who loved and cared about them during their youth.  They didn't walk alone in their pain. Due to this experience they were also able to love and care for themselves which made them better able to receive love from others. For the ones who continued to struggle they didn’t have the love and support they needed. So they continued to struggle into adulthood.

So this is my what guides me as I collaborate and support my clients on their path to healing. It can be a hard and scary road to recovery but it's possible. I have witnessed this from my clients who have graduated from therapy and it can happen for you as well.

Now to answer your question from above, yes I do look young and I am grateful for this. My young clients feel more connected (they don't feel as threatened by my title as a therapist) to me because of this youth and this helps them so much in the healing process. I have lived the experience of taking care of children with developmental trauma and I know how hard it can be for parents. I have also worked in various capacities for more than a decade in the field of psychology and trauma which I briefly described above, which also has improved my skill set. As an adult who has worked with the most severe behaviors as a result of trauma and the separations they have from loved ones, I believe early intervention with the right therapist is important. Through my education and because I offer the best I stay up to date on the latest research and implement best practices to help my clients. The result is that therapy (with the right experienced and skilled therapist) does work.

Check Me Out In The Media:

The Psyko-therapist Channel: Healing Your Teen from Sexual Assault

The Survivor's Guide To Life: Tips to help you live a better life

Get Help Israel: Therapy for English Speakers in Israel

Thanks for subscribing! Please check your email for further instructions.

Something went wrong. Please check your entries and try again.
Scroll To Top